Your Guide to the Reality of Animal Circus


Back in 2009 an attempt was made to introduce an AR-inspired guideline on elephant husbandry "Elephant in the Room" as a standard protocol in S.Africa - Prof Ted Friend kindly wrote an opinion for South African circuses. He also cites some interesting studies and papers he has published on circus animal behaviour. 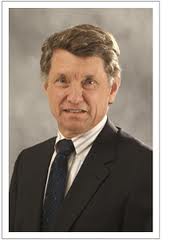 Mr B. Madikizela
Director, Regulation and Monitoring
Dept of Environmental Affairs and Monitoring Services
Re: Proposed Restrictions for Elephant Management.

I am a professor of Animal Science at Texas A&M University, at College Station, Texas. A native of New York, I received my B.S. degree at Cornell and my M.S. and Ph.D. degrees at Virginia Tech. I am also a Registered Professional Animal Scientist and a Diplomate of the American College of Applied Behavior  Sciences. The Diplomate certification is the highest certification possible in the Applied Behavior Sciences. I have been conducting behavior and stress-related research on a wide range of species for over 30 years. Much of my research has been on animal welfare-related issues and was stimulated by requests from moderate animal welfare groups. In 1981 I received the Felix-Wankel International Award (Germany) for research promoting animal welfare. In 1986 the Animal Protection Institute (California) honored me as their Humanitarian of the Year.

My experience with circus elephants began in 1995 when the general manager of Carson & Barnes Circus invited me to travel with the circus to learn about circus elephants and to report back to management what I thought about how they were handling their elephants. Carson & Barnes is the largest circus in North America that performs in a traditional tent. At first, I was skeptical about circuses, having only heard the much-publicized animal rights side of the issue. From 1995 through 1998, I periodically traveled with the Carson & Barnes Circus, observing their practices and conducting research on their elephants. Most of the research from those studies has been published in peer-reviewed scientific journals.

My graduate students and I have spent the equivalent of more than 20 weeks observing every aspect of animal care in circuses when they are on the road and performing. We are also familiar with the home or winter quarters of many circuses and private exhibitors of elephants. We have also had occasion to visit and expect many zoos, Disney World, and retirement and breeding facilities. When we travel with circuses, our RV trailer is usually parked immediately adjacent to each circus animal compound and my students and I can see everything that is occurring.

The ten studies that we have published to date on circus elephants and cats are listed below.

Friend, T. H. and Bushong, D. 1996. Abstract. Stereotypic behavior in circus elephants and the effect of "anticipation" of feeding, watering and performing. Proceedings of the 30th International Congress of the International Society for Applied Ethology 14-17 August 1996, Guelph, Ontario, Canada.

My research has clearly indicated that circuses are not inherently detrimental to the welfare of elephants. My experience with circuses in North America concurs with the conclusions of Marthe Kiley-Worthington's 1990 study of elephants in British circuses. (Animals in Circuses and Zoos, Chiron's World?, M. Kiley-Worthington. 1990. Aardvark Publishing, Essex, England). That study was funded by the Royal Society for the Prevention of Cruelty to Animals. To quote her conclusion: "The welfare of the animals in British circuses, as judged by physical and psychological criteria, is not as a rule inferior to that of other animal husbandry systems such as in zoos, private stables and kennels." She continues saying that “It is irrational to take a stand against circuses on grounds that the animals in circuses necessarily suffer, unless they are to take the same stand against zoos, stables, race horses, kennels, pets and all other animal-keeping systems.”

This conclusion is also consistent with the recent findings of an Academic Panel convened at the request of the British Government which concluded that there is no scientific basis for a proposed ban on elephants (and other exotic animals) in circuses (The Report of the Academic Panel to the House of Lords, October 2007).

Circus animals readily load onto and off of trucks or trains. Being transported to new locations is consistent with an elephant's nomadic lifestyle. We did not see elephants or big cats exposed to temperatures and weather that was outside their range of tolerance. Training, performances, and the presence of the public are important stimuli and sources of variation for the elephants and big cats that we studied. In addition elephants often went for walks, baths, raised or took down tents, pulled vehicles out of the mud, and gave rides. I also found that repeated head-bobbing, swaying or pacing was highly variable and did not occur in many animals. Repetitive behavior greatly increased in frequency in anticipation of performances, receiving water and being fed. This implies that elephants and tigers perceived performances as something positive; if they were fearful of performances they would show an avoidance response.

I also had the opportunity to conduct some informal trials in which groups of elephants remained where they were usually kept rather than being taken into the tent for performances. Based on the results of those trials, there is no doubt that many circus elephants find performances to be rewarding. The elephants that were kept “home”became very agitated and even performed elements of their acts on their own.

When we look at the traditional measures of overall welfare, especially longevity and reproduction, circuses are more successful than zoos. The claim by activists that elephants in captivity in North America and Europe do not live as long as elephants in logging camps or in the wild is unfounded. A major problem with that claim is that the management and care of elephants has greatly evolved over the last 40 years. Most elephants who experienced modern management practices in zoos and circuses are still alive, so we do not have reliable estimates of longevity for animals in captivity. Using the age of death of elephants that have died prematurely in captivity, or died years ago before management significantly changed, is inherently biased. I am more concerned about the chronic boredom experienced by many zoo and sanctuary animals whose activity and environmental options are greatly limited because of restricted contact than I am about the welfare of animals traveling with a well-managed circus or elephants giving tourists rides into the bush. The key is having responsible and caring people taking care of the elephants.

The publication “An Elephant in the Room: The Science and Well-Being of Elephants in Captivity” has received a lot of attention and has been widely promoted by activists as a definitive scientific study. In reality, that publication is a self-published collection of the "invited” presentations made at a small conference. That meeting had acquired the reputation of being another gathering of activists, so moderates and other people who disagreed with the well known view of the organizers did not bother to attend. The organizers of the gathering admit in the Introduction that the meeting was “as small as elephants are large”. The organizers also state in the introduction that “not all those invited accepted, particularly some who are prominent in the zoo industry”. The organizers. contention that they had “a usefully diverse group of participants” is unfortunately not true. That meeting was, in reality, a small group of like-minded people who largely cite each other to support their argument. Some of the contributing authors do cite tidbits of my published research, but they fail to address our conclusions. Free-contact management of elephants is not a welfare problem unless society is also willing to ban horse shows, dog training, and other forms of animal use that most people consider to be very acceptable, if not beneficial, to animals.

If I can be of further assistance to you on this issue, please let me know.
Sincerely yours,

And The Moonbeams Kissed The Sea

Rouster
This is the pseudonym for a collection of parties interested in the future of animal circuses. Rouster is made up of academics, animal welfarists, circus people and zoo enthusiasts. We support responsible animal husbandry, care and behaviour enrichment in line with science and animal welfare. This means that we often end up discussing the antithesis of this - animal cruelty and animal rights fanaticism. Our stance is apolitical. Our only politics is concerned with the defence of a culture that is no more wrong in the eyes of a rational society than any other mainstream animal institution. Our goal is justice and strict transparent regulation for animal circuses the world over.